I couldn’t decide how to describe this pie. I knew it was a little unorthodox, a little nonconformist and somewhat unconventional by American standards of what defines an apple pie. My inspiration for this reconfigured apple pie comes from François Payard, one of my all-time favorite pastry chefs, who I once took a plated dessert class with at the French Pastry School in Chicago.

I have been inspired by many of the recipes in Payard’s 1999 dessert book called Simply Sensational Desserts, but one in particular has been at the root of many of my creations, including my last post, Apple Financier Cakes (11.09.15). In the introduction to his recipe for “Apple Financier Tart”, Payard says “A financier is usually a petit four (literal translation: tiny little baked things), made of an almond batter with egg whites and browned butter. This full-size financier was developed by Hervé Poussot (Almondine Bakery/Brooklyn), my friend and colleague, to take advantage of the amazing apples that are available in the fall. Consider it a French version of apple pie—but serve it without the ice cream. The moisture of the mix and the texture of the apples, with the flavor of the browned butter, make this delicious on its own.”

It was the part that says “a French version of apple pie” that caught my eye. I imagined what that might look like and it was nothing like Poussot’s beautiful and very French-looking tart with the honey-glazed top: my vision was to use his concept of combining financier batter and a cooked apple filling and to make it look American—as American as Apple Pie. 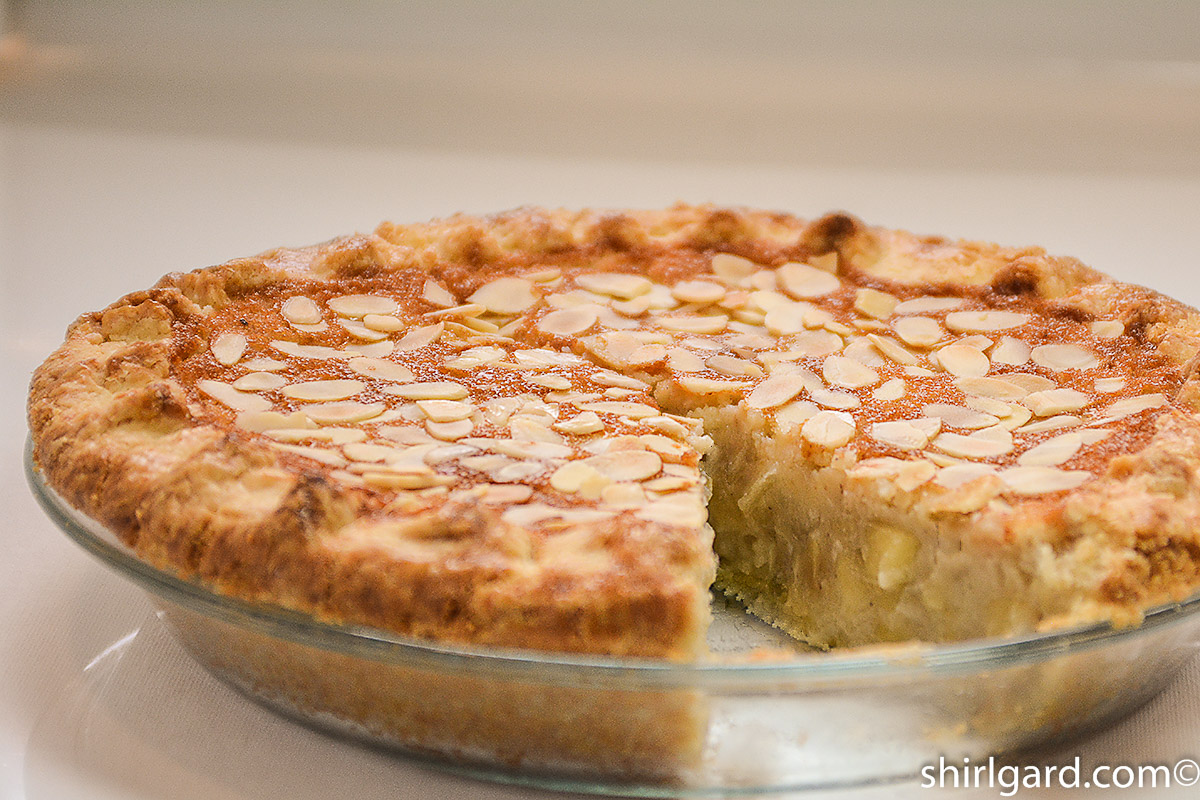 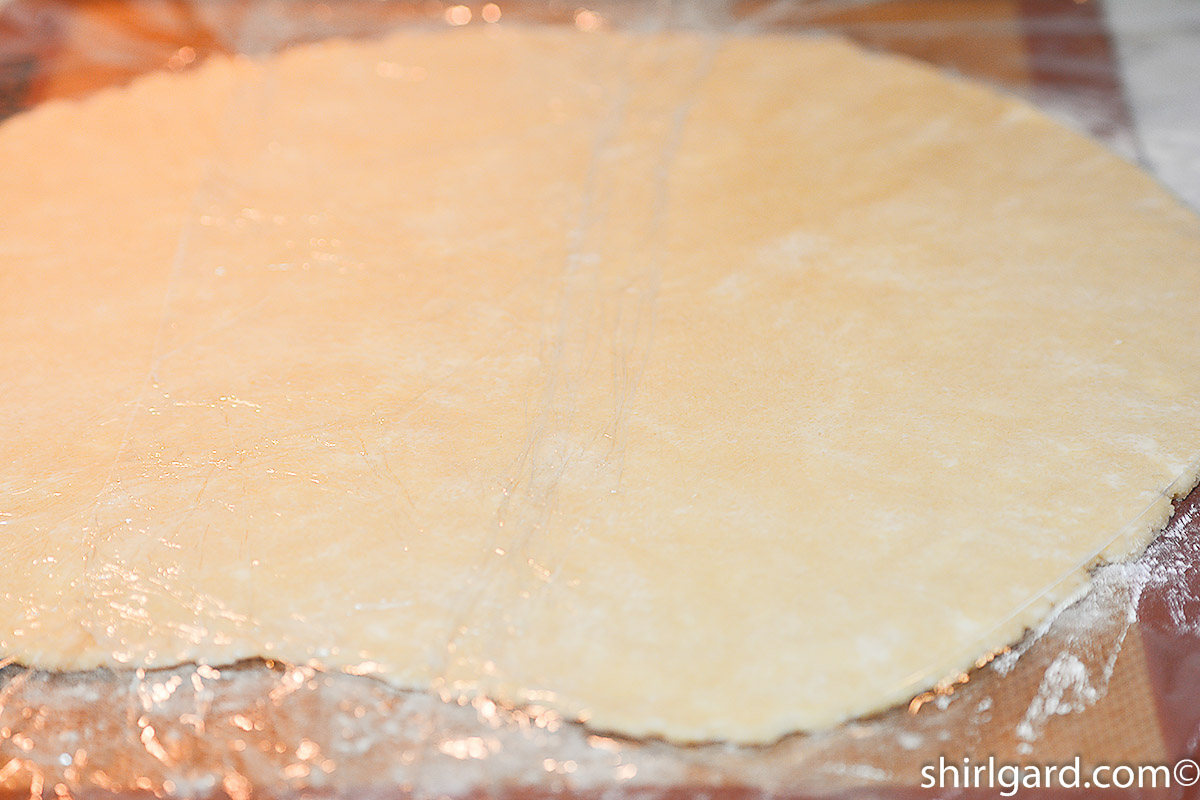 Cover the dough with plastic wrap & roll the Pie Dough Express to a 13″ diameter round. 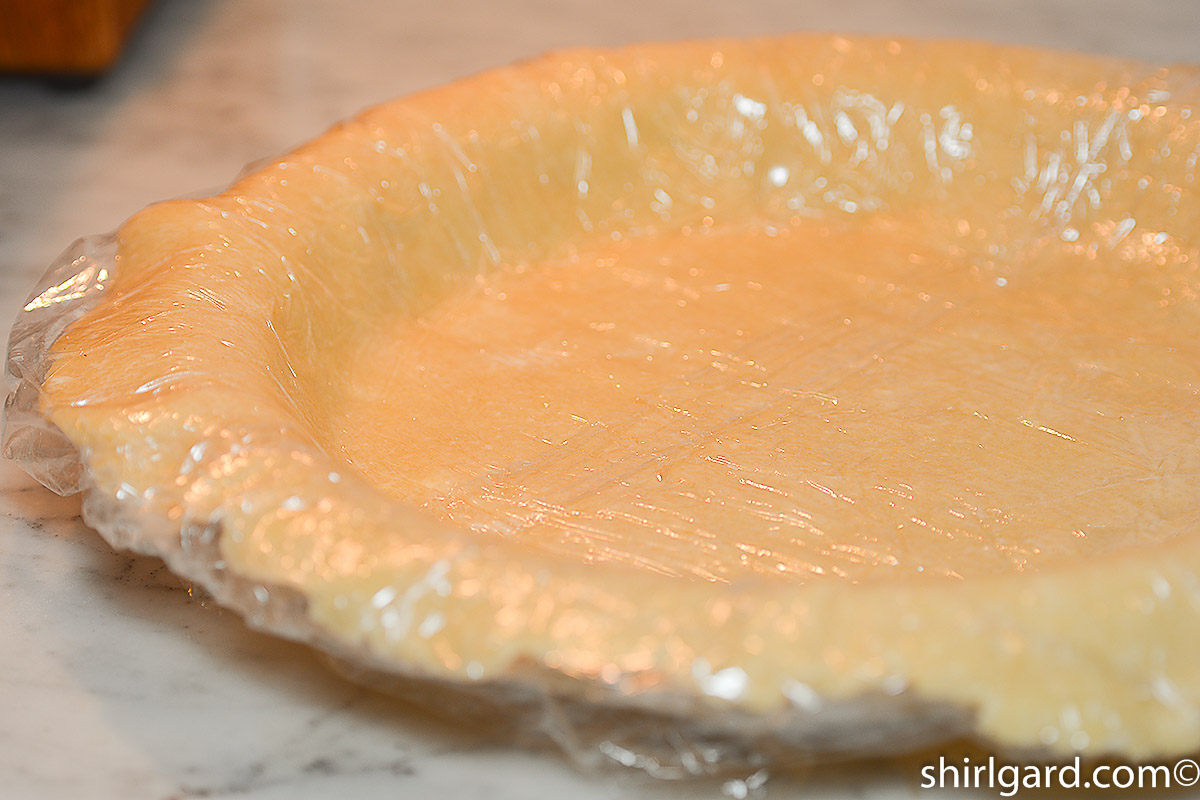 Fill a 9″ glass pie plate with the cold dough and allow the dough to hang over the edges. 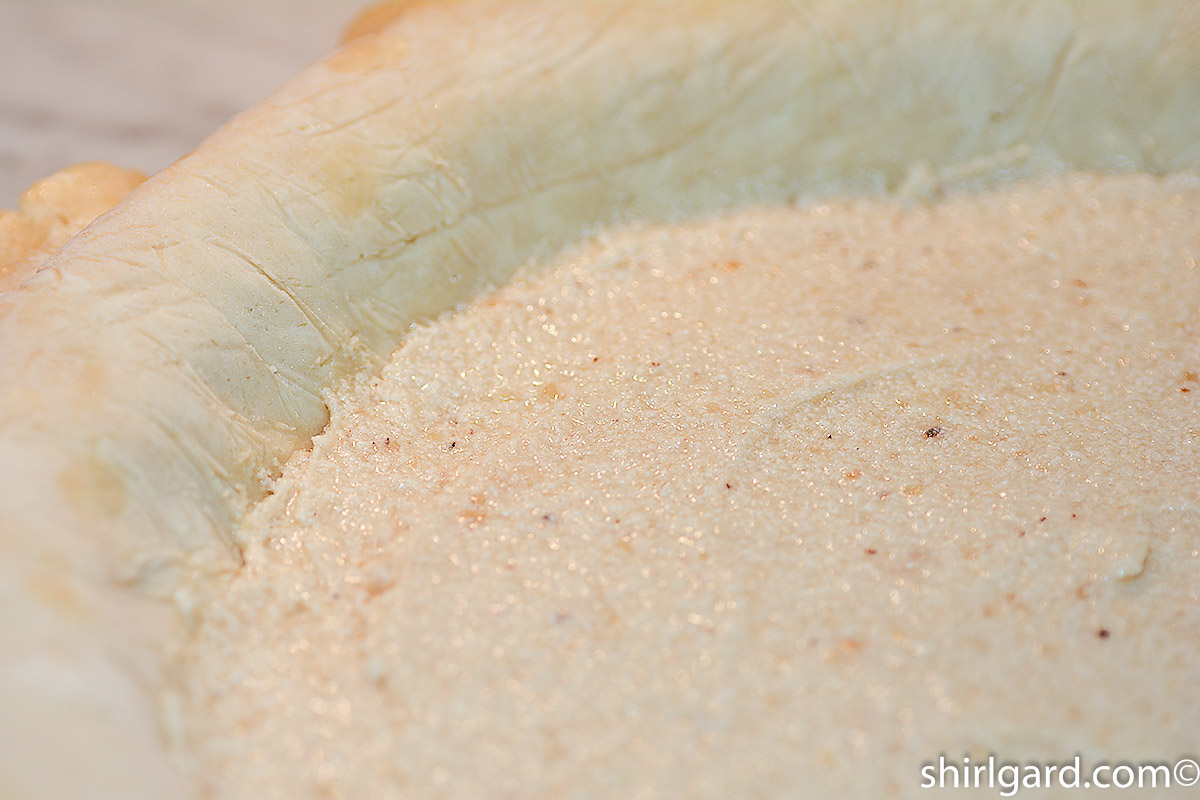 Spread half of the Financier Batter in the bottom of the pie shell. 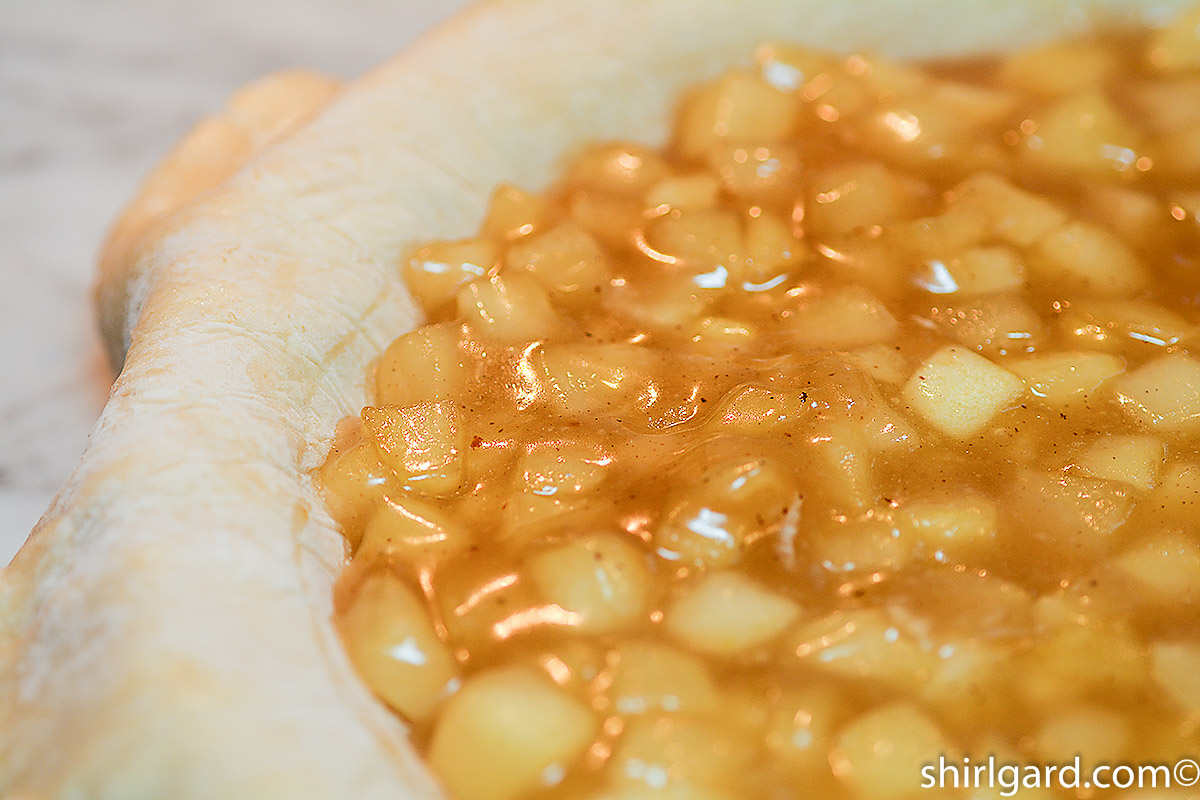 Spread the Chunky Apple Filling over the Financier Batter. 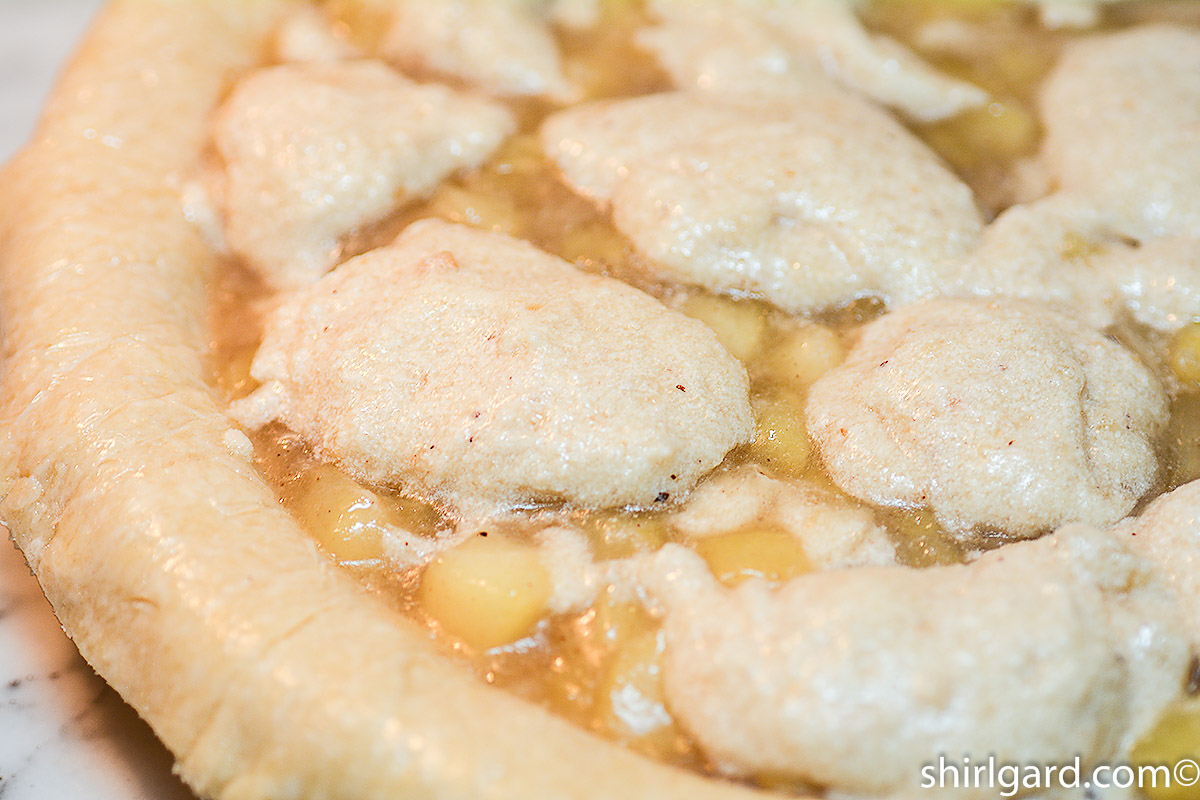 Place dollops of the second portion of Financier Batter over the apple filling. 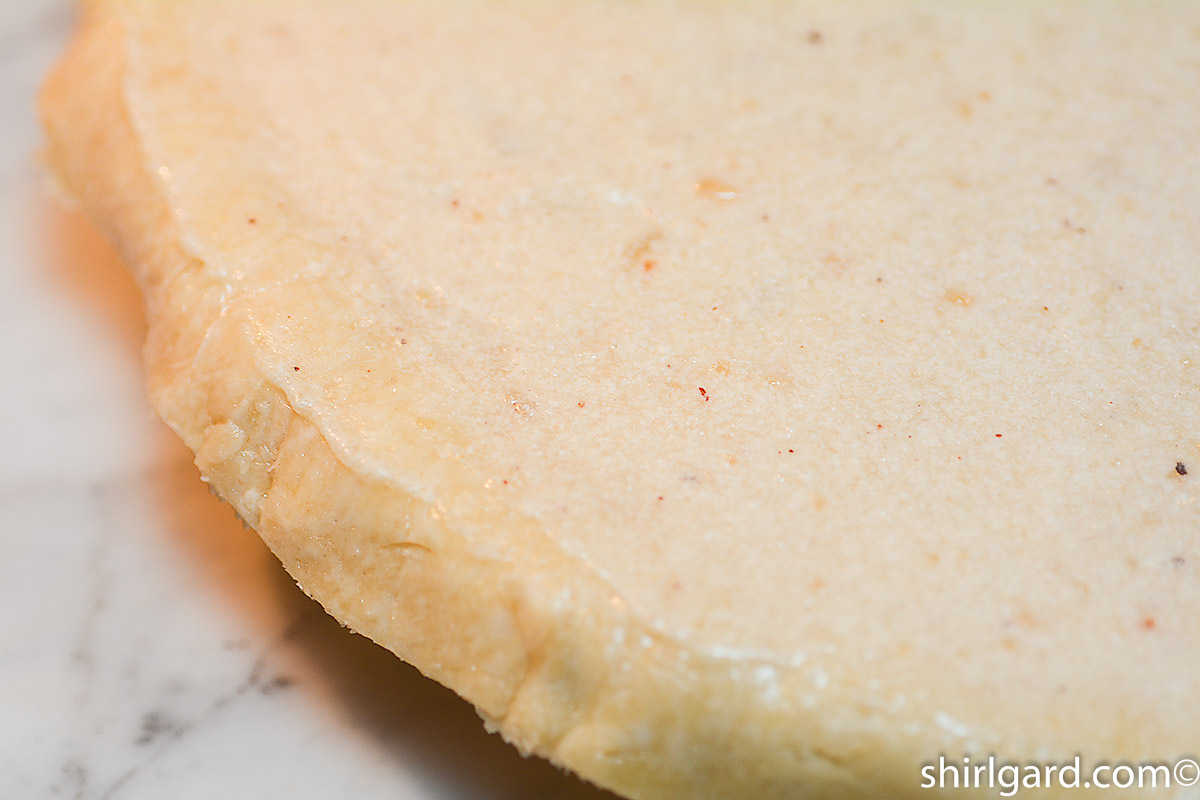 Spread the Financier Batter gently over the apples. 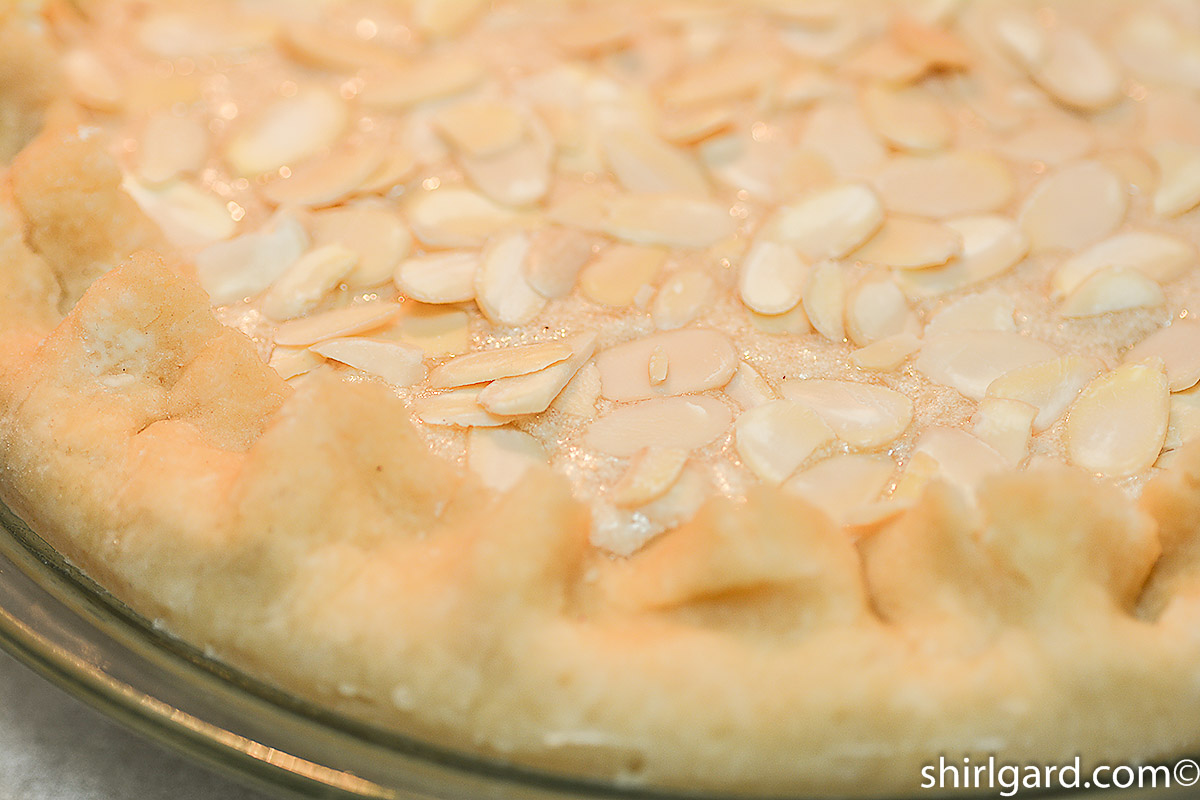 Sprinkle the top with sliced blanched almonds. Instead of crimping the pie dough, fold the overhanging dough inward over the filling. 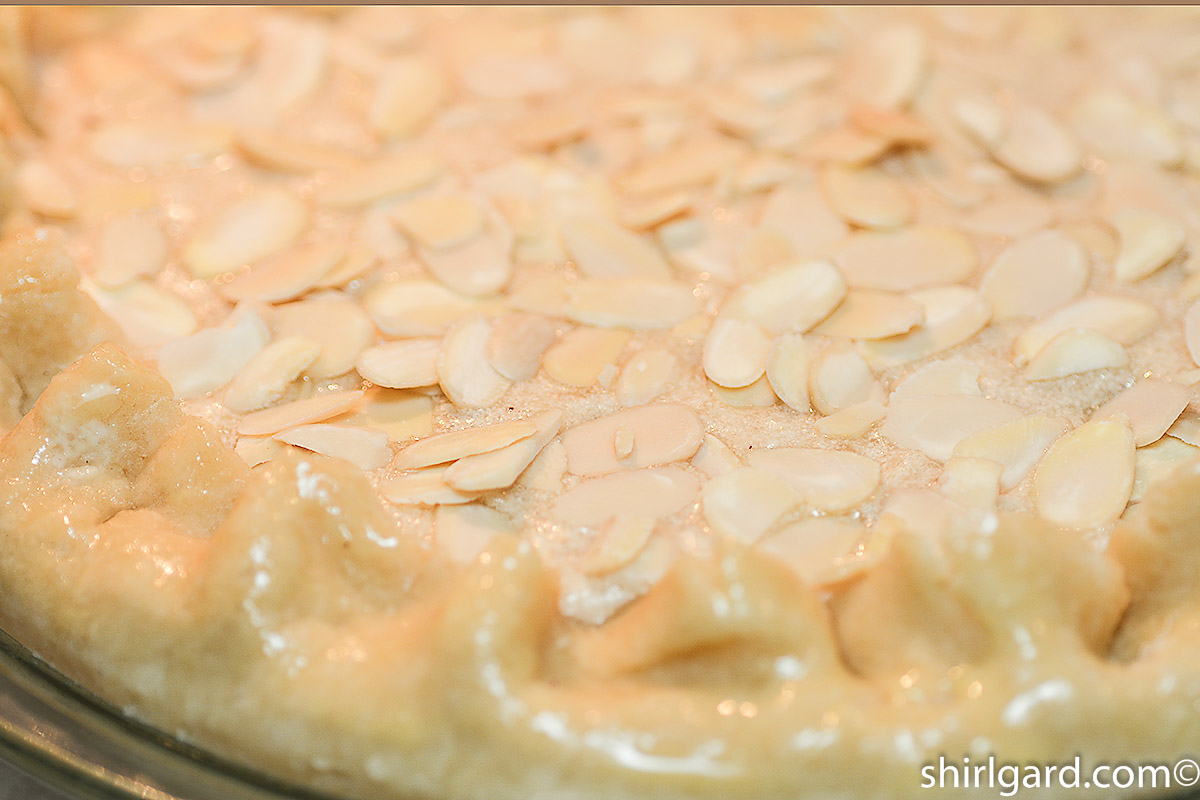 Push the ruffled edge of the dough inside the rim of the pie plate and glaze with Egg Wash. 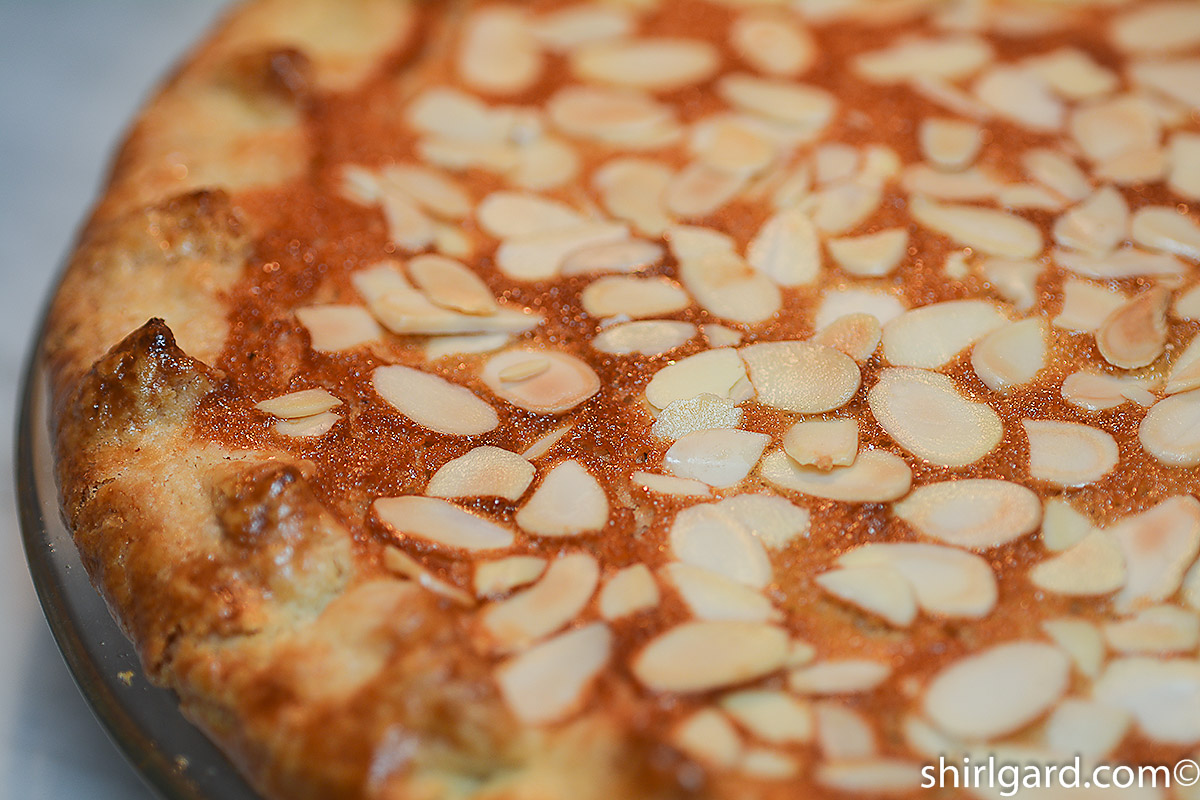 Bake the pie until the top and the crust are both golden brown. 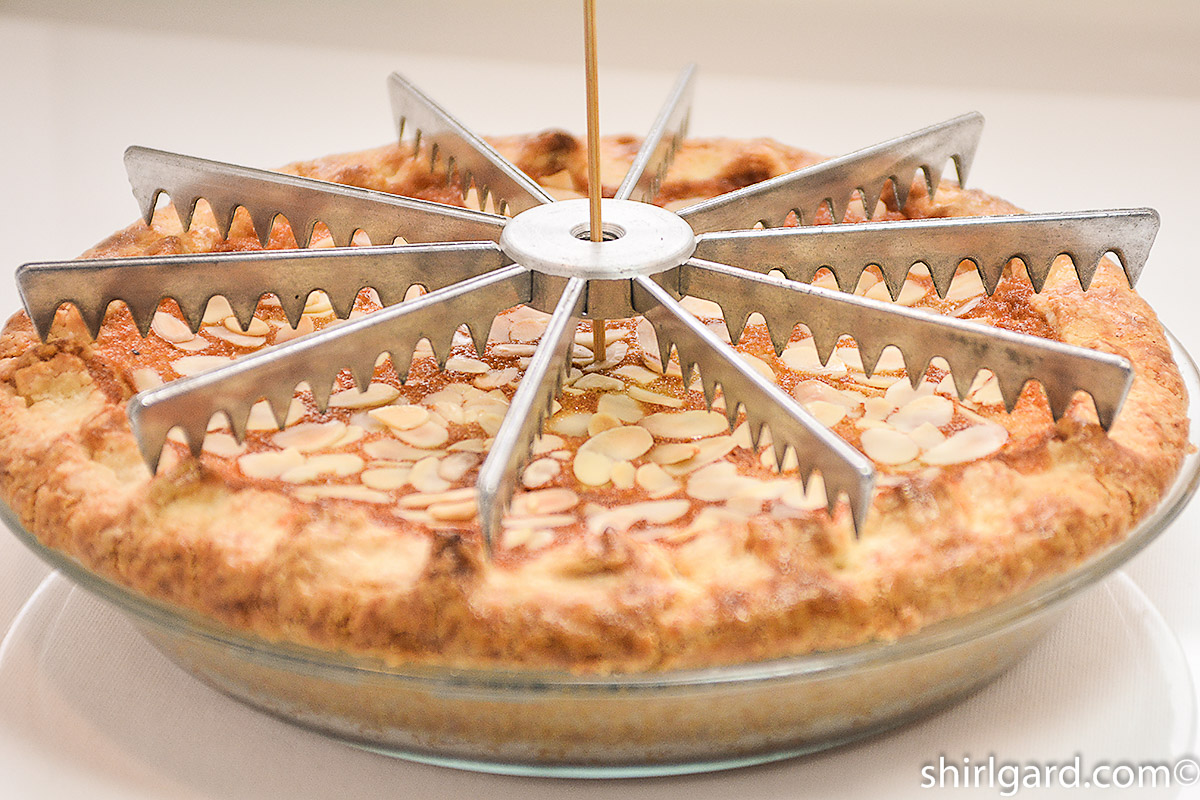 A 10-piece cake marker makes it easy to mark for cutting even slices. I like this pie cut into 10 wedges. 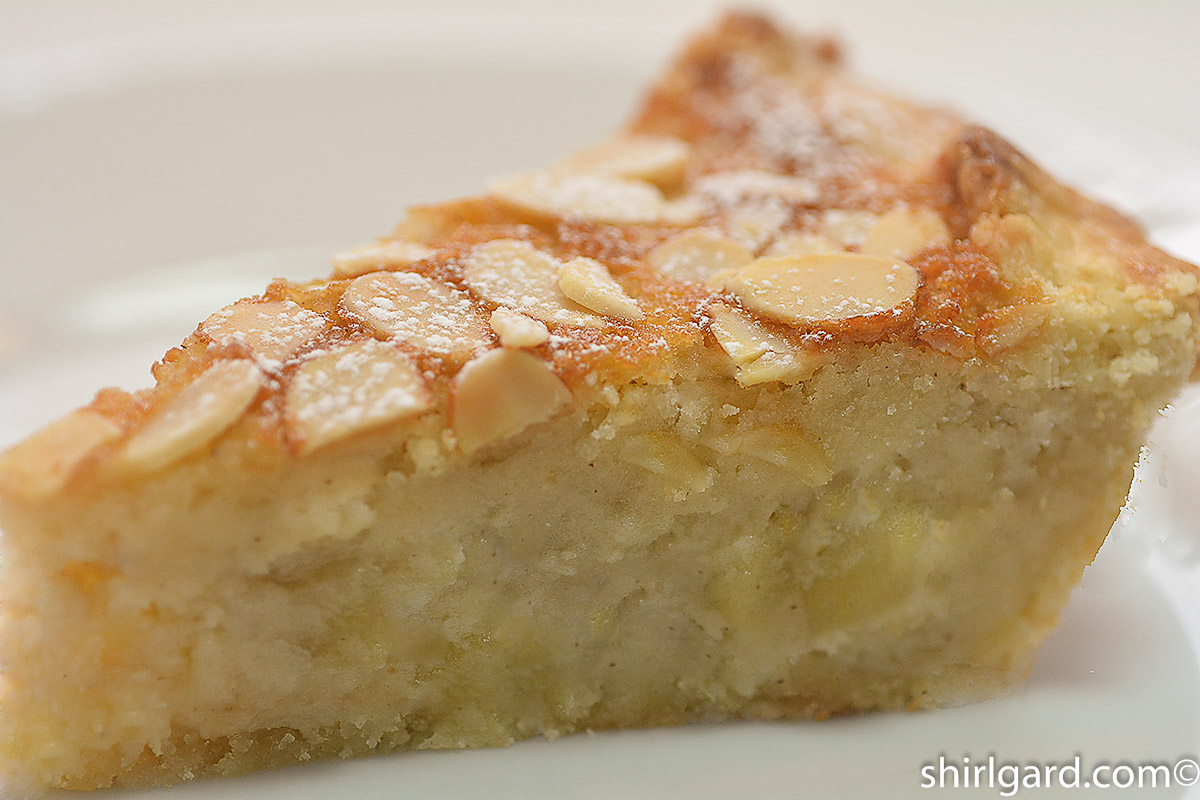 A Slice of French Apple Pie

AUTHOR: Shirl Gard
This re-imagined Apple Pie was inspired by a François Payard tart called "Apple Financier Tart". It is composed of layers of financier batter and a chunky apple filling and is very French-looking with its honey glazed top. French Apple Pie is my recipe for an American version of these same components, delicious and different, but not your Mom's apple pie.

YIELD: ONE 9" PIE - 8 TO 10 SERVINGS
INGREDIENTS
INSTRUCTIONS
Recipe Ancestry Notes:
This pie recipe was inspired by François Payard's "Apple Financier Tart" recipe in his book "Simply Sensational Desserts: 140 Recipes for the Home Baker" (1999). In his introduction to this dessert, he refers to it as "a French version of apple pie" I only imagined what that might look like and came up with an American version of French Apple Pie. The actual recipes for this pie are my own.
3.5.3251 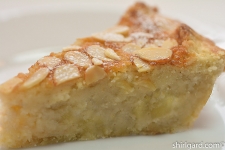